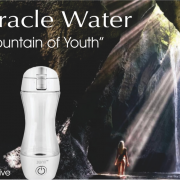 Mankind has been searching for the “Fountain of Youth” since the 16th century. The Fountain was said to restore the youth of anyone who drank from it. Researchers believe to have discovered the “fountain” in “Miracle Water” in different areas around the world.

“Miracle Water” from places such as Lourdes (France), Nordenau (Germany), Tlactoe (Mexico) and Nadana (India) have attracted millions of people for decades worldwide. Many of them have experienced “Miraculous” healing and therapeutic benefits by drinking the water from these areas.

For decades, researchers analysed samples collected from these natural “Miracle Waters” to find how they produced those highly positive therapeutic results. What they found was only a variety of minerals and trace elements as contained in most natural mineral waters on earth. 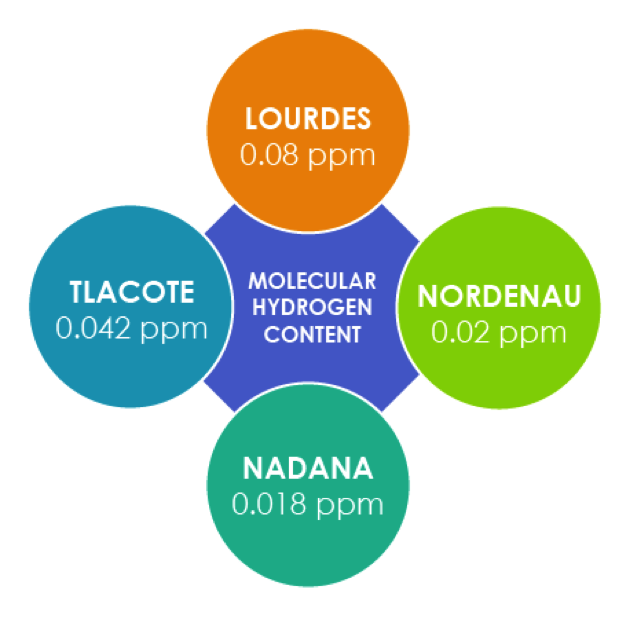 Typically, molecular hydrogen was considered an inert gas that didn’t have much effect on the human body. The medical community knew that bacteria in the gut produce molecular hydrogen but didn’t know that it may have a positive impact on human health. This discovery for “Miracle Water” started a wave of research on molecular hydrogen for health.

In the past 12 years, the number of molecular hydrogen research studies have grown exponentially, totalling more than 1000 high quality peer-reviewed studies and scientific articles. By observing how molecular hydrogen behaves in cells, we now understand the source of therapeutic benefits experienced from drinking “Miracle Water”.

WHAT ARE FREE RADICALS?

BUT NOT ALL FREE RADICALS ARE BAD!

WHERE DO FREE RADICALS COME FROM?

Free radicals are formed inside your mitochondria, which are the tiny power plants inside each of your cells. As mitochondria break down the food you eat for energy, they produce free radicals as waste.

You can think of it like this. A car engine generates energy by combustion (burning gasoline) to produce energy. In this process, complete combustion leads to the by-products of Carbon Dioxide and Water Vapor, both of which are not toxic. Incomplete combustion, however, occurs 5-10% of the time and produces Carbon Monoxide, a toxic chemical.

Similarly, the mitochondria in your cells break down glucose (from food) in order to produce ATP (Energy Currency of Cells). In this process, 2-5% of all the oxygen you breathe convert into Free Radicals.

The amount of free radicals formed inside the cells is influenced by your lifestyle and your environment. Just like how an older car that is not well maintained produces more pollution (Smog), as you age and live without taking good care of your body, you are prone to increased free radical production.

THINGS THAT CAUSE MORE FREE RADICALS

Free radicals form naturally as a by-product of living life. However, depending on your lifestyle, diet, and environment more free radicals can form inside your cells. Check below to see which free radical producers you are exposed to daily. 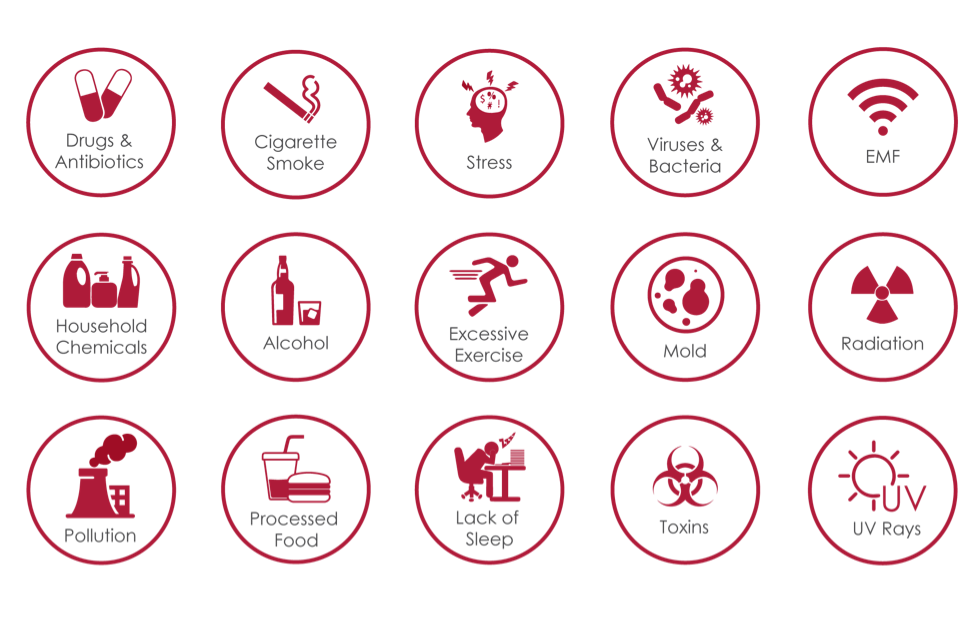 Free radicals such as hydrogen peroxide and nitric oxide are utilized by your cells or they are neutralized by antioxidant enzymes in your cells readily. However, when there is an excess of free radicals, these free radicals have a high chance of converting into hydroxyl radicals.

Hydroxyl radicals are highly reactive, meaning they will steal an electron from just about any molecule including DNA, protein, lipids, etc. Continuous free radical damage caused by hydroxyl radicals is directly linked to pre-mature aging and over 90% of ALL diseases..

Since hydroxyl radicals react with almost anything, typical antioxidants don’t even have a chance to neutralize them before these free radicals damage the molecules in your cells. 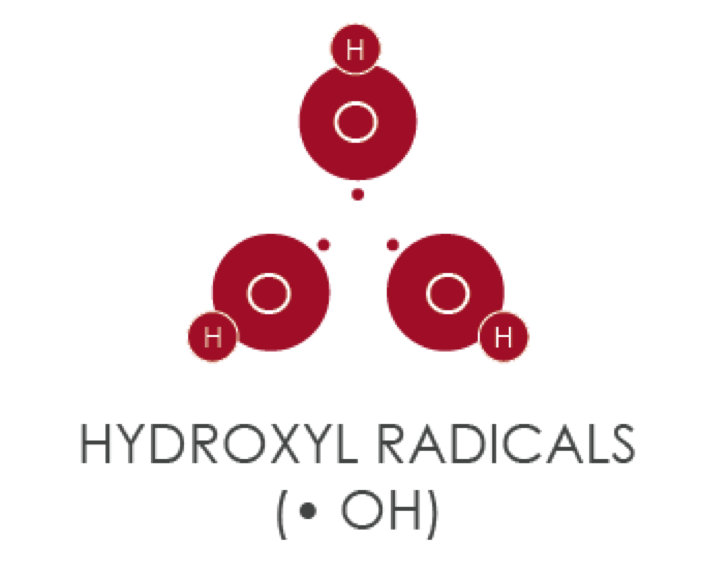 As you can see, Hydroxyl Radicals can cause a lot of damage inside your cells. Keeping them under control is the fundamental key to health and longevity.

HOW MANY FREE RADICALS DO YOU PRODUCE IN A DAY?

2-5% of all the oxygen you breathe turns into Free Radicals! Since you consume 145 gallons (550 litres) of oxygen per day at rest, you produce about 3 gallons (11 litres) to 7 gallons (28 litres) of FREE RADICALS in your cells every day!

MORE THAN A 5 GALLON JUG OF FREE RADICALS ARE PRODUCED IN YOUR CELLS, EVERY DAY OF YOUR LIFE.

THERE IS A WAR THAT IS CONSTANTLY WAGING INSIDE YOUR CELLS 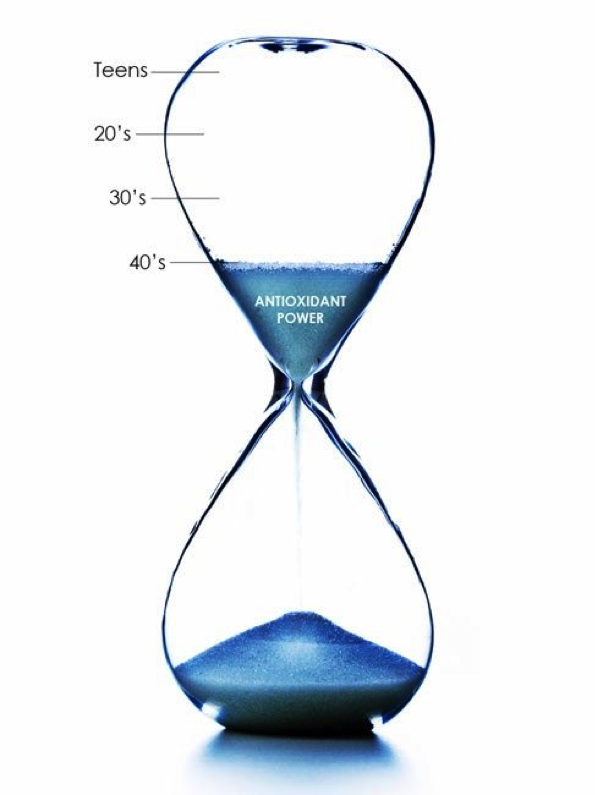 OXIDATIVE STRESS = RUSTING OF YOUR CELLS

STOP THE OXIDATIVE STRESS. BRING BACK THE BALANCE.

Molecular hydrogen has been found to be the most powerful and versatile SELLECTIVE antioxidant. Molecular Hydrogen is the hero your cells need to bring back the balance in the war between free radicals and antioxidants. 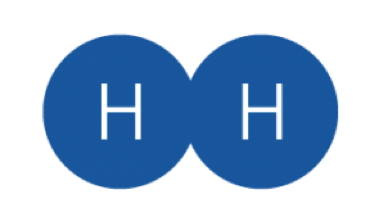 MOLECULAR HYDROGEN (H2) IS THE ANSWER

Free radicals affect each of us. Depending on which part of the body they create health sypmtoms, we have given those diseases different names such as Parkinson’s or Alzheimer’s if the brain is attacked, Heart disease if the heart is attacked, Rheumatoid Arthritis if the joints are attacked and so on.

Molecular Hydrogen is the hero that will vanquish free radicals (the ultimate threat to your health) and give you the antioxidant protection you need to live a healthy, happy life.

Molecular Hydrogen is the most superior antioxidant and also considered the “perfect” antioxidant due to these 4 reasons.

1. SIZE – H2 IS THE SMALLEST ANTIOXIDANT IN EXISTENCE 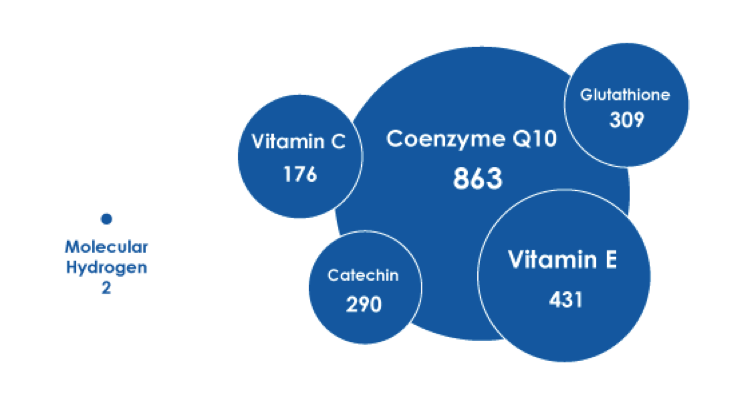 The above illustration shows the relative sizes of different antioxidants by molecular weight. By comparison, the other antioxidants are very large molecules while Molecular Hydrogen is much smaller at a molecular weight of 2. The size of Molecular Hydrogen allows it to penetrate deep into cells and into the mitochondria (the engines of our cells) where it can eliminate free radicals at their source. 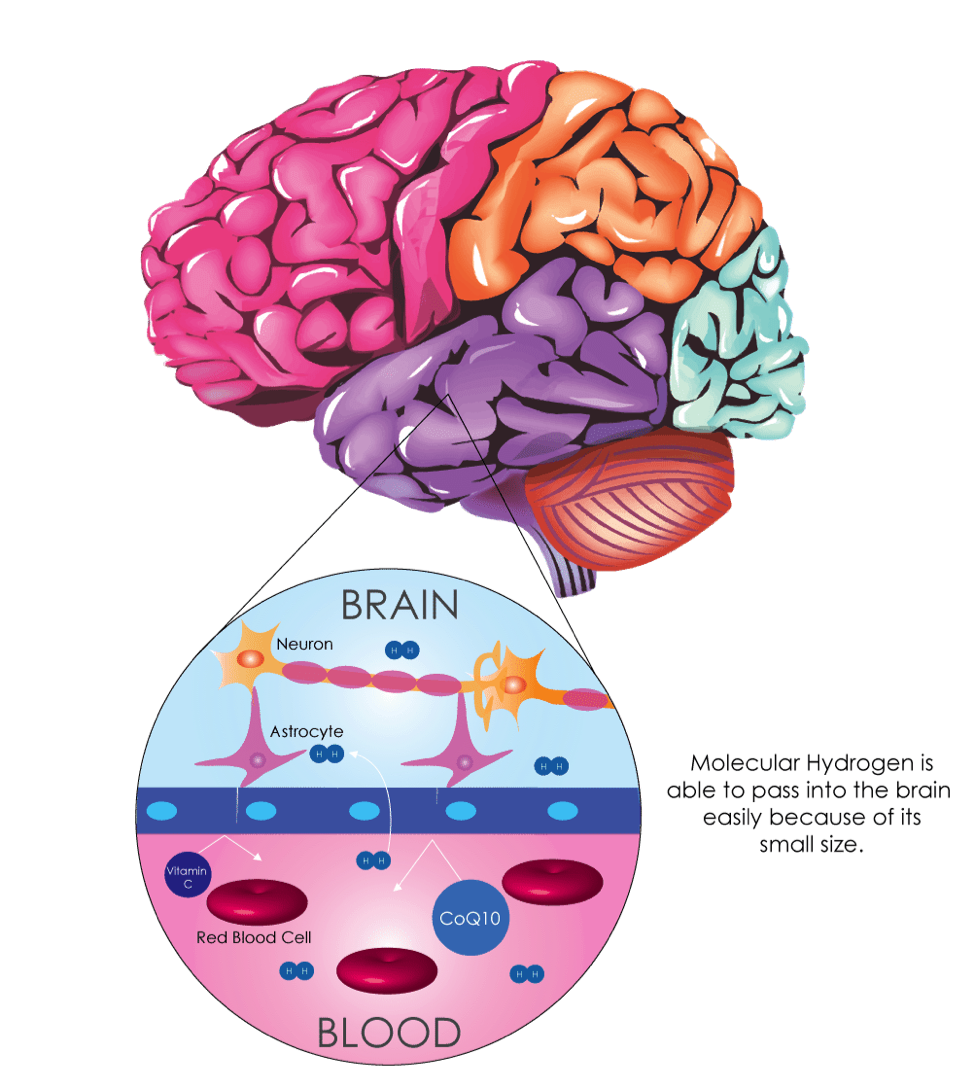 The great thing about Molecular Hydrogen is that it is 100% natural, contains or produces no toxic by-products, it is 100% safe, including for the use by pregnant women and babies. Has no side effects whatsoever! Can never be overdosed. The body will use what it needs and expel any excess through breath.

So not only does H2 eliminate free radicals directly, but it also boosts antioxidant enzymes inside your cells for long-term protection. 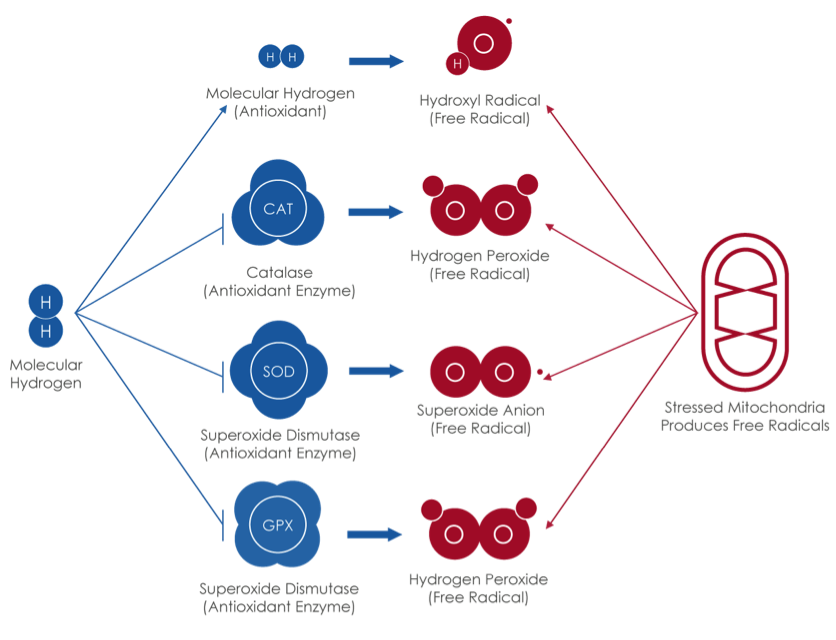 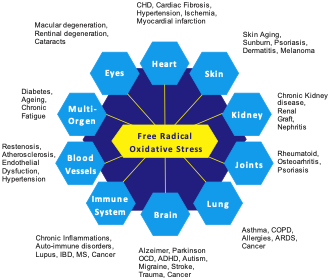 MOLECULAR HYDROGEN IS BACKED BY SCIENCE

Proven in 1000+ high profile peer-reviewed studies and scientific articles to have therapeutic efficacy for over 170 human and animal diseases and virtually every organ in the human body.

So powerful, that it can cross the blood brain barrier making it an effective therapy for neurodegenerative disorders such as Alzheimer’s and Parkinson’s.

The zenii™ systems are designed and technologically advanced to produce the purest Molecular Hydrogen Water with the highest concentration possible under atmospheric pressure of up to 1.6 ppm, providing the most perfect SELECTIVE Antioxidant INSIDE your body.

For more info and studies, please visit our webpage: www.zenii.co.za 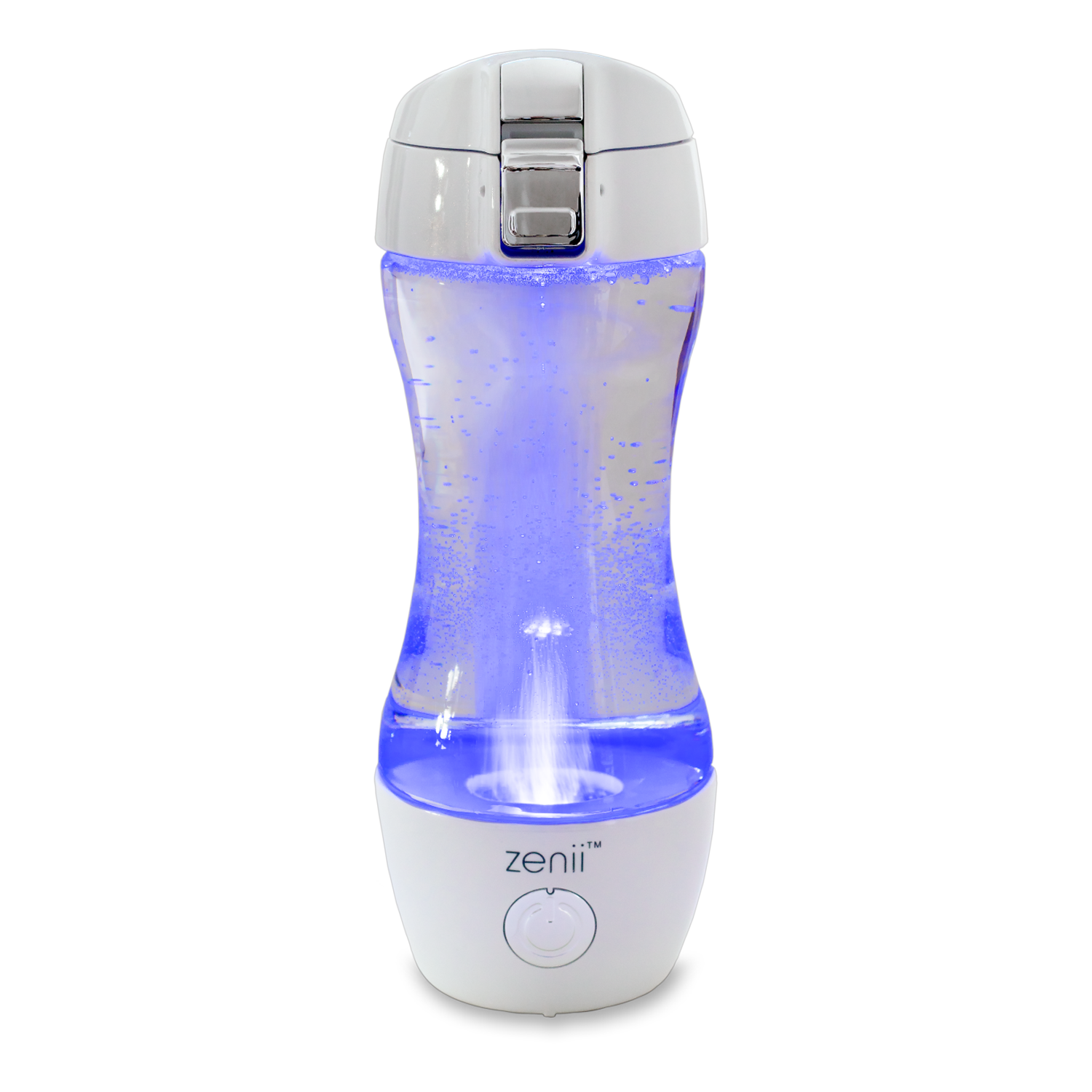